The grand pre-release event of ZEE5 Original held in the presence of cinema heavyweights
Hyderabad, 9th April 2022: 'Gaalivaana', the upcoming web series on ZEE5, will start streaming from April 14. The story takes place between two families living in the Godavari districts. Geetha and Ajay, a newly married couple, are found dead in unusual circumstances. The families from both sides are now united in grief. The prime suspect falls by the side of their house on a night. The next morning, the suspect is found dead. Who killed the person? Is one of the family members responsible for his murder? Who is that person? Was he killed by a family member or an outsider? That's what the murder mystery is about.

ZEE5, which has been offering new content in various formats, has been bringing out a new web series every month. 'Gaalivaana' is the one it is offering this time. BBC and NorthStar Entertainment joined hands for 'Gaalivaana'. Senior heroine Radhika Sarathkumar and senior hero Sai Kumar will headline the series. Chandini Chowdary, Nandini Rai, Chaitanya Krishna, Thagubothu Ramesh, Jyothi Pradeep and Ashritha Vemuganti form the rest of the cast.

The Original's pre-release event was held on Friday in Hyderabad.

Speaking on the occasion, Radhika Sarathkumar said, "The Telugu audience has always accepted me. I owe a lot to them. I have seen producer Sharrath Marar garu for a long time with Chiranjeevi garu. When he met me with the offer of this web series, I listened to the story. This is my first web series in any language. The story has been executed as was narrated to me. The direction and other teams are so dedicated. The director has dealt with a nice family crime thriller story. Doing this series was a good learning experience of which I am proud. Sai Kumar garu has done a great job. I had missed out on working with him in the past. The entire cast and crew have done a terrific job. The production values are great. The image that ZEE5 has got among OTT viewers will go up after 'Gaalivaana'. This is going to become a landmark series. I hope the makers of 'Gaalivaana' score a big hit."

Actor Sai Kumar said, "I owe my voice to my father. I owe my well-mannered behaviour to my mother. I owe a lot of God and my fans. 'Police Story' changed my life. I have got to essay a variety of roles in various movies since then. The desire to work with Radhika garu has got fulfilled with this web series. OTT is a worldwide phenomenon now. I am happy to have got to work with director Sharan Koppisetty and his young team. 'Gaalivaana' is a wonderful subject. I hope the family audience derives thrillers watching it."

Producer Sharrath Marar said, "Radhika garu as Saraswathi and Sai Kumar garu as Komar Raju have given amazing performances. I am happy to have collaborated with ZEE5 and BBC for this project. NorthStar Entertainment will always see this project as a special one. The artists have done a great job, while the director has given his best shot. My wife Keerthy has contributed a lot to this project as a project head and a co-producer. 'Gaalivaana' is being promoted in a different way."

Padma Kasturirangan · Vice President- Telugu original content (ZEE5), said, "ZEE5 has been securing a hit every month with an original. Producer Marar garu is one of the earliest ones to analyze the importance of OTT. BBC is an international brand. It feels immensely happy that ZEE5 and NorthStar have collaborated with it for this web series. 'Gaalivaana' is unique, as it is rich in suspense and emotions. It's a different story. I thank Marar garu for all the support."

Director Sharan Koppisetty said, "NorthStar is like my home banner. I feel fortunate to have got to work with Sai Kumar garu and Radhika garu. 'Gaalivaana' is a mix of emotions. I as a director was challenged by the scope of the subject. I got to learn a lot. Producer Marar garu gave me full freedom. The cinematography, the music have come out really well. We worked really hard in all manners possible."

Actor Krishna Chaitanya said, "I feel fortunate to have got to play Radhika garu's son. This series gave me the opportunity to work with seniors. This is the best thriller series. I thank the producers for the opportunity."

Actress Chandini Chowdhary said, "I for long wanted to work with producer Marar garu. 'Gaalivaana' made it possible. I am a fan of crime thrillers. 'Gaalivaana' is superb and it's special that I got to work with Radhika madam and Sai Kumar garu."

Actor Tagubothu Ramesh said, "This offer came my way during the pandemic lockdown. It's a wonderfully made web series. It is special because, during the shoot of the film, my younger daughter was born. I have played a cop. Marar garu has been supporting me since my early days. I will always be indebted to him."

Writer Chandra Pemmaraju said, "I am a big fan of Radhika garu and her hit movies. 'Gaalivaana' has been written to suit Telugu nativity. The performances by the main actors are amazing. Although this is just a murder mystery, the series also talks about moral dilemmas, what is right and wrong, and more. There are seven episodes in total. Each episode ends in a cliffhanger."

Editor Santosh Kamireddy said, "The editor is the first audience for everything. I am saying that 'Gaalivaana' is really good. You will find it easy to connect with its emotions."

Music director Hari Gowra said, "I am happy to have got to work for a distinctive web series and crime thriller like this one."

DGP Sujatha Siddhartha said, "This is a wonderful web series."

Sharanya Pradeep said, "I am fortunate to have got to work with this team. The performances, the visuals, the output in 'Gaalivaana' are great."

Armaan said, "I thank the makers for the opportunity to do this web series. I have learned a lot by working with seniors." 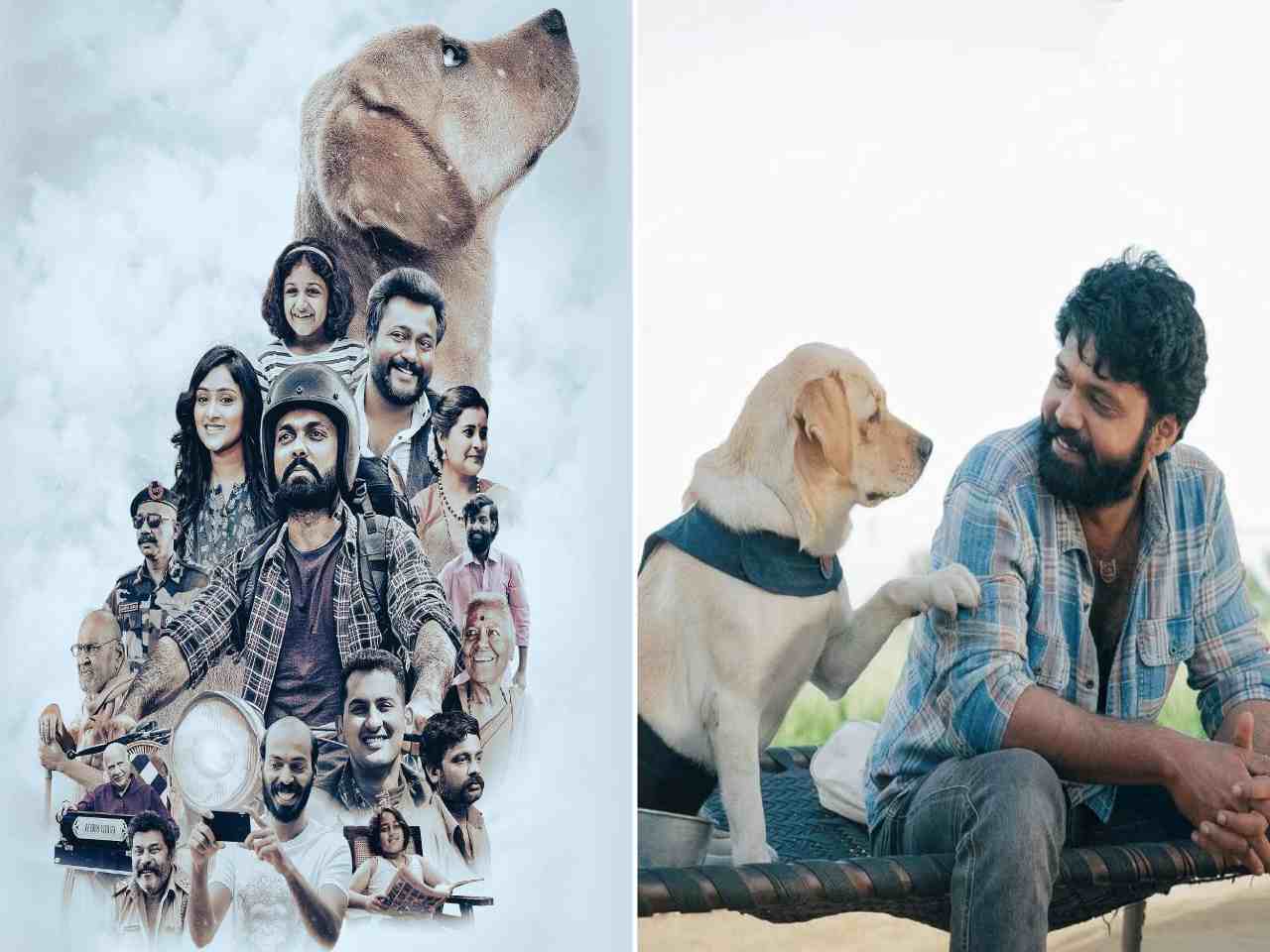 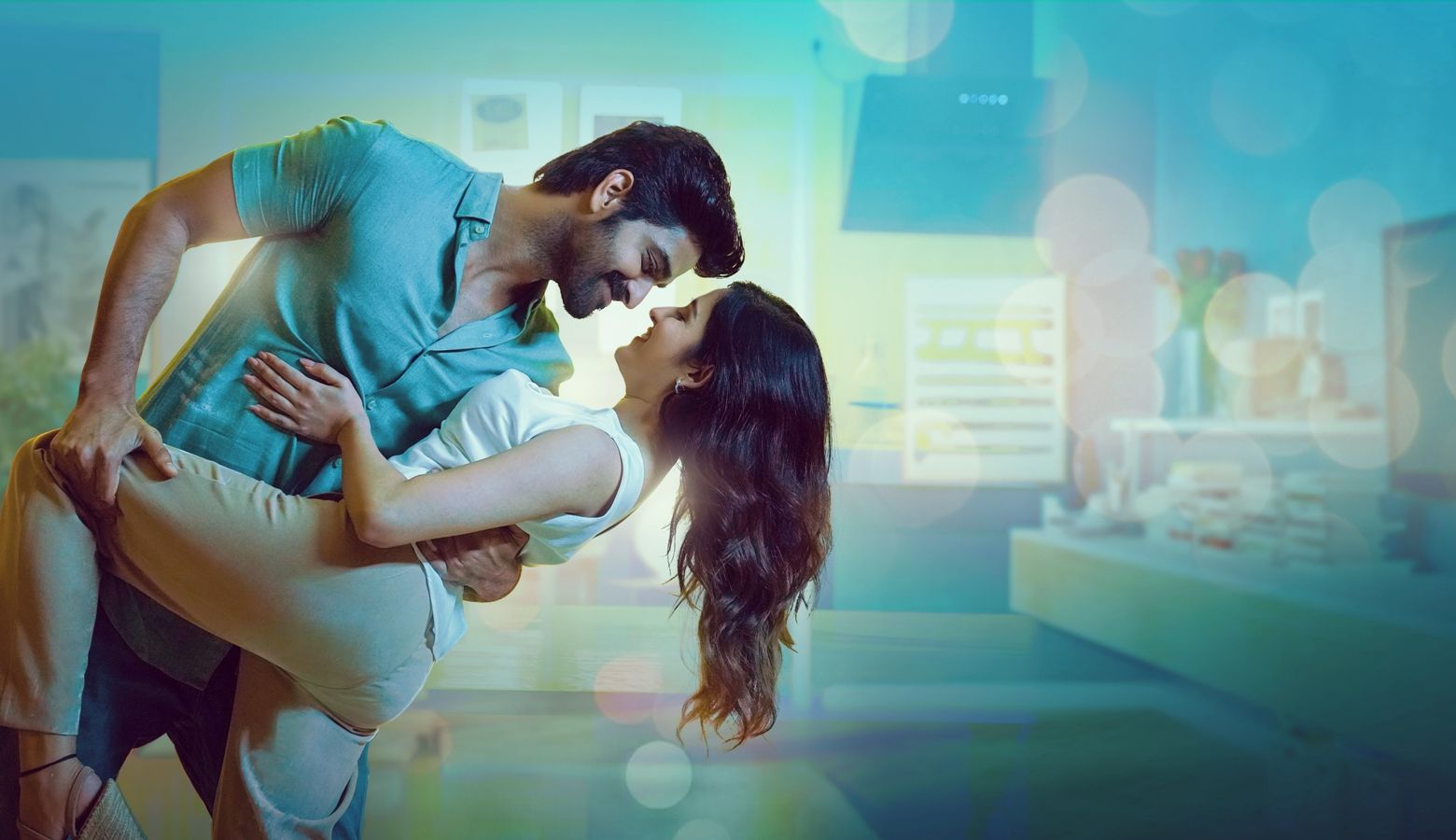