Junior NTR, who entered the Telugu film industry as the heir of the legendary NT Rama Rao gars, stole the hearts of the Telugu audience with his acting and dances. Utter  the word dance and the first South Indian actor who comes to mind is NTR. NTR, who broke Tollywood records at the age of 19 and created a sensation, is still entertaining masses and class audience with his films.

Junior NTR was born on May 20, 1983 to NandamuriHarikrishna and Shalini. He learned Kuchipudi at an early age and entered movies. His close friends call him Tarak, and he completed his education at Vidyaranya School in Hyderabad. He took acting lessons from acting coach N.J. Bikkhu.

Tarak was introduced to Tollywood as a child actor in NandamuriTarakarama Rao's 'Brahmarshi Vishwamitra'. He then acted as Rama in the movie 'BalaRamayanam'. Directed by Gunasekhar, the film was well received by the audience. The film also received a lot of awards. Director Gunasekhar won national award for this film. Nandamuri fans were thrilled to see Jr NTR reprising the role that was once played by his grandfather senior NTR. Jr NTR, who came as a successor,  entertained the Telugu audience as Ramu, and fans celebrated it as if it was a reincarnation. Gunasekhar worked very hard for this film. He selected all the
child actors, trained them and made a film that captured their skill and charm. Smita Madhav played Sita and Swati Balineni played Ravana.

In 2001, Junior NTR was introduced as a hero in the movie 'NinnuChudalani'. Directed by VR Pratap, which turned out to be a flop. However, NTR's performance received good recognition. The film was produced by Usha Kiran Movies.

Tarak's first film as a hero 'Student No. 1' also marked the directorial debut of SS Rajamouli. The film revolves around the story of a young boy in prison.
NTR's dialogue 'Nenuyevarino tells... hantakudini" made theatres come live and audience was  thrilled at it. The film was the first success for Junior NTR. Student No.1 was remade in Tamil under the same name. It starred actor Sathyaraj's son Shibiraj as the hero. The film was also remade in Oriya with the title ‘Mate Ta Love Helare’ and Anubhav Mohanty played the hero.

Then came the sensational film ' Aadi ' by VV Vinayak, whom NTR affectionately called ‘Vinayanna’. The film went on to break many records. Heroes like Chiranjeevi and Balayya have already made films in the backdrop of factionalism, but this time, it was a debutant director and a 19 year old hero. Produced by Bellamkonda Suresh, the film was a huge success at the time of its release.

With a budget of Rs 3 crore, the film  grossed over Rs 19 crore. Some of the records created by this film like songs, dialogues,  dialogue delivery , still remain untouched . Factionism backdrop all together put Aadi on another level.

On the other hand, NTR was also listening stories for his next films. During this time, Rajamouli approached NTR with the story of Simhadri.  Simhasdri was a blockbuster hit and broke industry records. People flocked to see this movie which was released a few days before the launch of Godavari Pushkar. The film was a blockbuster that created many  records. It also accelerated Rajamouli's range as a director. Simhadri was the biggest hit of NTR's career.

Telugu audience was amazed with NTR's performance as 'Singamalai'. First, Rajamouli wanted to do 'Sinhadri' with Balakrishna. But it didn't work due to some reasons. Then, the first person who came to his mind was NTR. Simhadri was the seventh film with NTR as hero. In this film, Tarak romanced Bhumika and Ankita. NTR received a huge blockbuster hit at the age of 20. The film 'Sinhadri' was produced by V. Doraswamy Raju under the banner of Vijaya Maruti Creations. The music provided by MM Keeravani is the highlight of the film. Rajamouli specially designed the axe
that NTR used in this film. There is no exaggeration in saying that Simhadri was NTRs career best performance. It has Rajamouli mark as well as NTR mark. It is very risky to make a film by showing extreme emotions. However, Rajamouli shot the film without any hesitation. NTR's dance to his dialogue delivery, every thing in the film was refreshing. The film was appreciated by mass audience as well as  family audience, especially the Nandamuri fans.

NTRs other films after that are Andhrawala, Samba , NaaAlludu, Na Alludu and Narasimhudu . He played the double role for the first time in  Andhrawala.

Then he did 'Ashok' with Surender Reddy who had  just scored a hit with 'Atanokkade'.

His next film Rakhi is another memorable project in Young Tiger NTR's career. The 2006 film took NTR one step further and he also received critical acclaim for his performance in the film.  In the movie, NTR mesmerized the audience with his dialogue delivery. Produced by KL Narayana, the film had Devi Sri Prasad as the music director. All the songs composed by DSP  garnered views at the box office. Charmi and Ileana's beauty and performance were a plus for the film.  Although the result of this film was not very satisfying, Rakhi was a memorable film in NTR's career.

After that Junior NTR‌ came into form with a good super hit. The movie 'Yamadonga' starring NTR and Priyamani was released on August 15. Directed by Rajamouli, the film set records at that time. The film was a sensation and broke many records.  NTR's look in this movie was very new as compared to his previous movies. Mohan Babu, who played Yamudu in the film, also got a very good name. Rubberugajulu song is another highlight of this movie.

NTR came with a new look again for the movie Kantri. The song 1, 2, 3 NenokaKantri was a sensation and so was the movie. NTR's next film was Adhurs directed by VV Vinayak.

NTR played a dual role once again for the film.  The film was translated into Malayalam as Kavacham. Brahmanandam and NTR's comedy in this movie made every

After these films, NTR  had the biggest disaster of his career with the 2011 film Shakti. The film, directed by Mehr Ramesh with a budget of nearly Rs 40
crore, was a box office disaster. The film's debacle was a major blow to producer Ashwini Dutt.

The subsequent film Oosarvilli also flopped at the BO. After Ashok, Surender Reddy and NTR came together for this film and NTR looked more stylish than ever before in this movie.

Though the film tanked, DSP music created a sensation. Subsequent films Badshah, Ramayana Vasthavayya and Rabhasa were a series of disappointments. Following this, NTR  was away from  films for a while.

After that gap, NTR's film 'Temper', directed by Puri Jagannath, changed the course of his career. Director Puri Jagannath brought out the actor in Tarak with this film. The film also revealed that NTR can do negative shades wonderfully. The
film starring Kajal Agarwal as the heroine was a huge success at the box office. The movie 'Temper'  took NTR one step further as an actor. Directed by Puri Jagannath after 'Andhrawala', the film remained the best movie of NTR's career. In the movie 'Temper', NTR played the role of Inspector Daya wonderfully. Ranveer Singh starred   in its  Hindi version  as 'Simba' and it was directed by Rohit Shetty.

His next film 'NannakuPremato' directed by Sukumar, which showed heroes in a new light, was a huge success at the box office. The song "NannakuPremato" in the film was well received by the people.The song "I wanna follow" sung by NTR in this movie became a super hit.

The 2016 film ‘Janata Garage’ was another blockbuster in NTR career. He did not get such a hit after 'Simhadri'. The film starred Malayalam superstar Mohanlal alongside NTR. Directed by Koratala Shiva, the film  garnered good collections since its release. Also, Kajal's item song 'Pakka Local' is a big highlight of the movie. Also Rajiv Kanaka's role in the film was small but received a good response.

Another different film that came after that was 'Jai Lava Kusha'. It was a privilege to have NTR playing 3 roles in this film. Directed by Bobby, the film received a range of response to Jai's character. NTR fans also enjoyed Ravana song immensely. NTR is the only one who has acted in 3 roles in the same film.

NTR and SS Rajamouli will be collaborating for the fourth time with the film R.R.R. The film also stars Ram Charan along with NTR. The film, which is being made with a huge budget of Rs 400 crore, is currently shooting. In this movie, NTR is playing the role of KomaramBheem.

NTR also hosted Season 1 of Telugu Bigg Boss, and proved
his style. The show, which he did, received huge TRP ratings at the time. 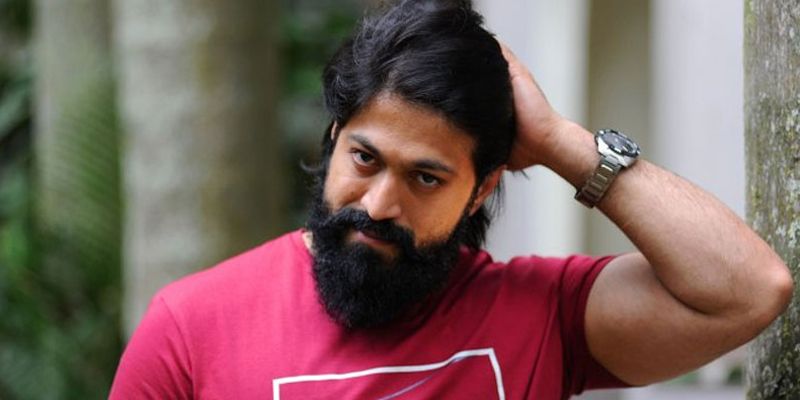 Kannada Power Star to make an entry in Tollywood