Versatile actor Sivakarthikeyan collaborates with talented director Anudeep KV for his Tollywood debut. This movie is a bilingual to be made in both Telugu and Tamil languages with Narayan Das Narang, Puskur Ram Mohan Rao and Suresh Babu producing it under the banners of Sree Venkateswara Cinemas LLP, Suresh Productions and Shanthi Talkies. S Thaman scores music for the movie, while Arun Viswa is the co-producer.

Anudeep, who became one of the most sought-after directors, after the blockbuster success of his last directorial Jathi Ratnalu, has readied a winning script for Sivakarthikeyan who is riding high with the success of his last movie Varun Doctor in Telugu.

Marks landmark 20th film of Sivakarthikeyan, #SK20 was launched today with formal ceremony. The makers have also informed to commence the filming of the movie from today. This will be a single stretch schedule that will be shot in Karaikudi and Pondicherry and actor Sathyaraj is also a part of this shooting leg.

#SK20 is touted to be a fun-filled romantic entertainer with a different concept. The film’s story has the backdrops of Pondicherry in India and London in UK. The makers had announced the project on New Year with a glimpse that got tremendous response.

Other cast and crew will be unveiled soon. 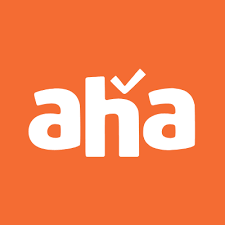 aha, the no.1 Telugu OTT platform, completes two successful years in the digital space, comes up with an irresistible offer for audiences!! As a producer, I'm fully satisfied and confident of DJ Tillu's prospects at the box office: Suryadevara Naga Vamsi!!