Rana Daggubati signed for his next project, it is a pan-India film. It is learned that Rana Daggubati was impressed with the story sourced by famous Producer Achantha Gopinath and given the nod. The remain information about this project is still awaited.

For beginners, Acantha Gopinath had produced films such as Balakrishna's Top hero and Devudu,  EVV Satyanarayana, and VK Rajendra Prasad's Iddaru pellala Muddula Mogudu is coming up with a big-budgeted multi-language film. He along with producer CH Rambabu is Bankrolling the film. Under Viswasanthi pictures.  The producers said that the film's story has been locked and it is going to be a different and unique story and it is compelling.

Currently, Rana is awaiting the release of Virata Parvam.   He is working alongside Pawan Kalyan in the Ayyappa Koshiyam Telugu remake. After wrapping up the AK remake, Rana would start this Pan India film. The makers would make a formal announcement on the film's director and other cast and technicians. 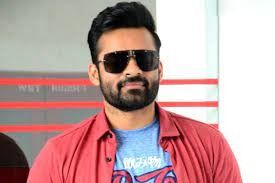