Talented actor and Bigg Boss Telugu fame Sohel is getting ready for the release of ‘Lucky Lakshman’, which will hit the screens on December 30. The out-and-out family entertainer stars Mokksha as the female lead. Its pre-release event was hosted by producer Haritha Gogineni on Tuesday. Director AR Abhi's father unveiled the big ticket during the event.

The event sought to begin a new trend in the industry by hosting the team of 'Korameenu', which will hit the screens on December 31. The two teams are supporting each other's content-driven films. Anand Ravi and Kishori Dhatrik of 'Korameenu' were there as guests.

Hero Sohel said, "Telugu people are the reason for my success. My father is behind my success. I have only known cinema and charity all my life. My producer Haritha garu is releasing this film on her own. Director Abhi is talented. We believe in the power of content. This film is a family subject. Raja Ravindra, Devi Prasad and Shani have got impressive roles. The Telugu people are my biggest strength. It's up to them to take our movie forward. They have always supported me. I hope their blessings stay with us this weekend. Anup Rubens' music is superb. Haritha garu is a daring and dashing producer. This December 30, our film will keep you in splits right from the first frame."

Director Abhi said, "With passion, we can do anything. I feel fortunate to have been born to my father. He always corrects me wherever I am. The teaser, trailer and songs of 'Lucky Lakshman' have spoken for our film. You will leave the theatre will the feeling of having watched a nice film. Sohel okayed this film in the first sitting. Cinematographer I Andrew is going to be my technician for all films. Anup's music is the biggest asset. No character in this film had a second choice. Prawin's editing and Bhaskarabhatla's lyrics stand out. Mokksha has done a nice job as the heroine. Everyone will fall in love with her character. I am aware of Sohel's financial and social status. He is always there to help people around him. He is beautiful both from the outside and inside. Haritha garu trusted me when nobody did. As a producer, she got involved in every craft."

Producer Haritha Gogineni said, "By God's grace, we are here today. I have a strong faith in God whatever I do. Abhi has always been passionate about cinema. He never gave up. I wanted to fulfill his desire. We have invested our labour into making this movie. Although it might be a small film in terms of budget, it's a big film otherwise. We are releasing it in theatres because the Telugu audience always lap up content films. Abhi has done a fine job with writing as well. Sohel is a nice person. He works really hard.  He is a pack of human emotions. He is a pakka hero material."

Heroine Mokksha said, "I want to talk so much today but I am not able to. I thank the makers for this opportunity. I thank Rock Star Sohel. I am not a Telugu girl. Tollywood is the top industry in the country. Sohel has been working hard for the past 10 years. Kudos to Telugu cinema, where I am making my acting debut."

Zubeida said, "Sohel is like my brother. I wish this film great success. Ali garu had to come here but he couldn't because of film shoots. I hope the audience shower their blessings on this film."

Kadambari Kiran said, "Both the director and producer have toiled hard. The director knows what he wants. Sohel is like a live wire performer. He is like a small Power Star. Devi Prasad and others make this film special."

Devi Prasad said, "I thank the makers for this opportunity. The director loves his father a lot. I respect individuals who revere their parents. Their good heart gets reflected in their writing. There are many moving scenes in this movie. I hope the makers make loads of money."

Korameenu hero Anand Ravi said, "I am happy to be invited to this event despite the competitive atmosphere at the box office. I have watched the trailer of 'Lucky Lakshman'. It is so good."

Korameenu heroine Kishori said that Sohel enjoys lots of craze. She said that audience must watch both 'Lucky Lakshman' and 'Korameenu' this weekend.

RP Patnaik said, "I welcome Sohel to Telugu cinema. Mokksha has got positive vibes. I am impressed with the enthusiasm of the producer and director. This film must become a big hit. My brother Anup has nailed it with his music."

Producer Bekkam Venugopal said, "Haritha is making her debut as a producer. They have successfully completed and are releasing this movie. I wish them all the best. I know how anxious a debut producer would be. Abhi is good at narrating love stories. He is a talented writer. Sohel is surely going to become a star hero. He is doing films one after another. This film will surely take him places."

Sai Rajesh said, "I am reminded of the pre-release event of my first movie. Social media stars are going great guns. I urge the audience to watch both 'Lucky Lakshman' and 'Korameenu' this weekend. Watch also Pawan Kalyan's 'Kushi'."

Raja Ravindra said, "This is Sohel's debut movie. He is an energetic star. He has got so many fans already. The director and producer are so passionate."

Inaya said, "I wish the team all the best. Producer Haritha is a good friend. Director Abhi and Sohel are hard working."

Mehaboob said, "Sohel has been passionate about movies for 13 years. He deserves success. We stood by him when he was in Bigg Boss. Mokksha is talented. I wish the makers all the best."

Sameer said, "This film is a first for many in the team. The first outing is always the best experience. I have donned a small character in this film. The cute couple (director and producer) have done a cute love story. Sohel was the real winner of Bigg Boss Telugu."

Rahul Sipligunj said, "Sohel reflects the 'nowhere to somewhere' dictum. He is crazy about movies. Producer Haritha must make loads of money. I wish the team all the best." 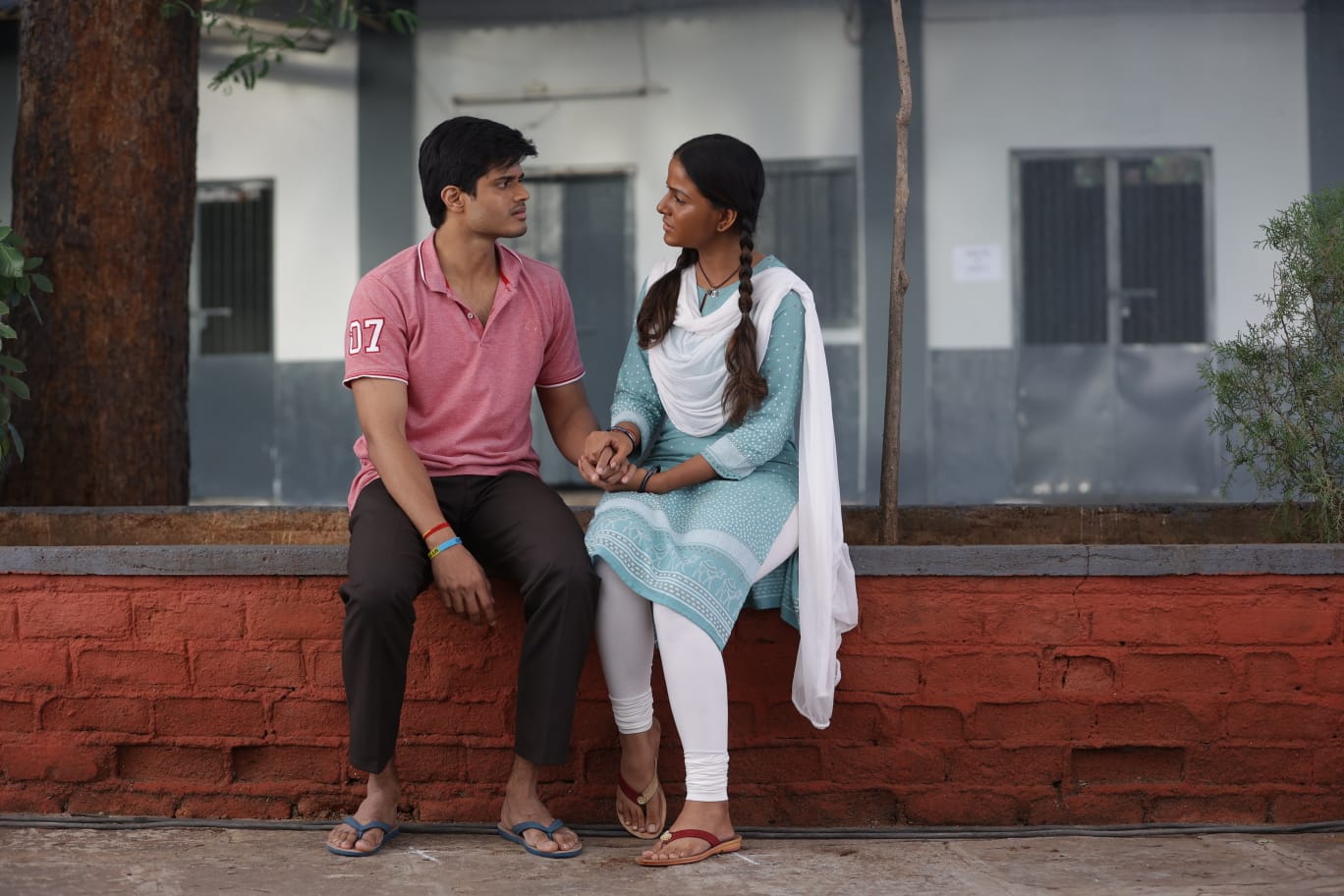 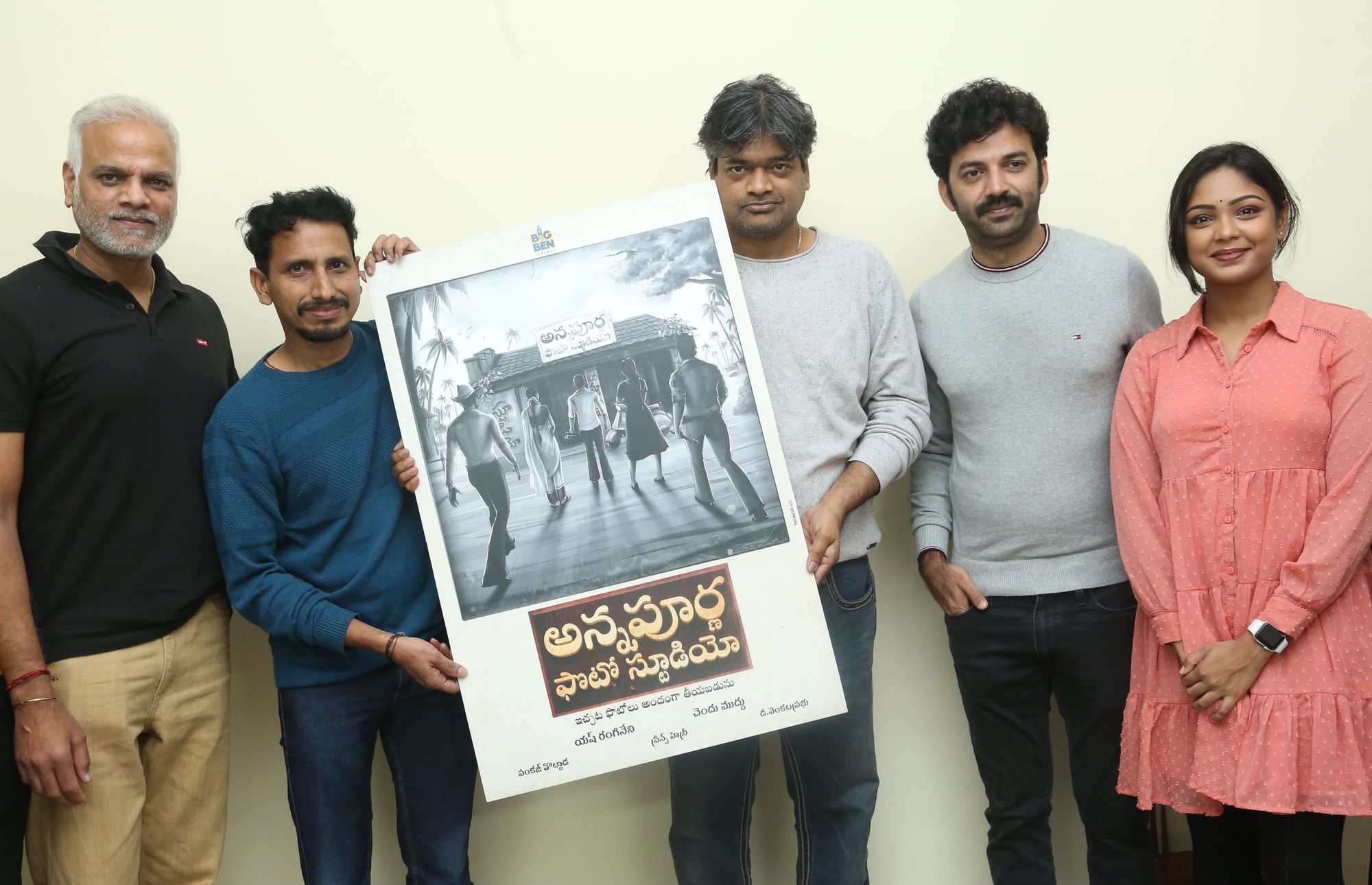