Butta Bomma is all set for a big release on January 26, 2023. Sithara Entertainments and Fortune Four Cinemas bankrolled this project and it’s going to be a perfect entertainer for the upcoming long weekend. The movie has Anikha Surendran, Surya Vashistta and Arjun Das in the lead roles and is helmed by debutant director Shourie Chandrasekhar Ramesh. The movie is shot in the beautiful locales of Vizag and Narsipatnam and has a rustic aura to it.

Here are the excerpts from Arjun Das’ interaction with media.

On your journey in the movie world

It’s been a decade since my first outing in cinema and it’s been a long wait get good roles. Things really started moving after Khaidi and Andhagaaram, and all thanks to Lokesh Kanagaraj for casting me in two films, including Master. I am happy to act with Vijay sir. Ever since Master there are many opportunities for me. Thanks to Sithara and Vamsi garu for this wonderful opportunity in Butta Bomma. I received a lot of love for Telugu audience during my stay and shoot here. I hope the audiences like my character in Butta Bomma.

On getting a lot of applause for the base voice

I got a good applause for voice, and I wish everyone likes and applauds my acting too. RK is the name of my character in Butta Bomma, hope it works well.

Butta Bomma is the remake of Malayalam film Kappela. It’s a story that a lot of us can relate to. There is a beautiful romance between the characters, the lives of four people, locations of Vizag and Narsipatnam will click with the audience. I can’t give more of my character and spoil the surprise for those who haven’t watched the Malayalam original.

On casting actors from other regions

I am fortunate that producers and directors have cast me for straight Telugu movies. They have faith in me now are offering roles in Telugu films. Now, audience is also accepting people from other languages. I could sense that recently during my shoot of Butta Bomma. Vamsi was adamant that I play the part in the movie. Director Ramesh narrated the story to me in Chennai. He said there are a few changes to the Malayalam original and everything else is intact. I am blessed as it’s very rare that someone gets an opportunity to be a part of a big production company like Sithara. That’s why I took it up. We are planning another movie and the details will be out soon.

On the first Telugu film

I don’t like shuffling between 2-3 movies and want to give my fullest for one film at a time. So I started with this film after my Tamil commitment is done. It’s easier for everyone that I finish one movie and then move to another. They are a few more Telugu movies in the pipeline. Also, Vamsi garu said that I have to dub my voice. For Khaidi and Master, I got good dubbing artist for my voice. Now this dubbing for Butta Bomma will be my return gift for all the love I received from Telugu audience.

On emoting in mother tongue

I signed Butta Bomma, but I don’t know how to emote for the role as it’s easy to do in mother tongue. Thanks to director Ramesh and ADs, they helped me understand the emotions and everything. Thankfully in the movie, I am angry most of the times, so it worked. I want press and media to give feedback about the movie and acting. This helps me evolve and do better films in Telugu. When Andhagaaram came out I was sceptical on how the dubbing comes out in Telugu. Andhagaaram gave me a lot of confidence that I can do more Telugu films. I am glad that audience likes my voice and I have to work a lot on acting. It’s a blessing for me.

Experience of working for Butta Bomma

It was nice working with the cast of Butta Bomma. Ramesh was a task master. It was easy for me to work with him, and we had a great time shooting. Vizag and Narsipatnam people showered a lot of love. Overall, it’s been a wonderful experience. I am really hoping the audience to watch the film in cinemas and like our work. We are a new cast trying to tell a new story.

How do u bring a personality to a villain character?

I am a director’s actor. I spend time finding out what they want. They are making me a part of their vision, so I travel with him and understand what they want. I don’t even watch the playback of what I have done. When Khaidi happened, Lokesh asked me to learn the mannerisms of cocaine addicts. I watched a lot of videos from Hollywood to get the act right.

Who is your inspiration for acting?

Kamal Hassan, Mohan Lal, Amitabh Bacchhan, to name a few. They are so real with their acting. They played a variety of roles, and they bring a lot to the table. I learnt a lot watching them.

On bringing reality to screen

As I told before, I have a strong belief in my directors. For Khaidi, I smoked glucose and felt as if I smoked cocaine. For Master, Lokesh wanted me to get ripped. For Andhagaaram, not much as it’s a Horror film. For Vasanthabalan’s movie, I met a lot of Zomato and Swiggy delivery boys and heard their saddening experiences. They are very upset with whatever happened. Now I make it a point to make nicer to them. I did some homework for that role. The next movie I am doing for Santha Kumar. He is helpful and telling me what needed for the film. For Halitha’s movie I have to emote as if losing near and dear ones during Covid.

On understanding the Telugu cinema and culture

I always watched Telugu films. Now I have opportunities from here. Directors and producers know me. Movies are getting bigger and bigger. We have been watching Telugu films in Chennai with Subtitles. With Naga Vamsi garu, I walked into a mall in Hyderabad and people/fans are calling me. When I am in Vizag, I told my staff we can go places, but here with the downpour of love – calling me Amar bhai.

Does your voice limit your character horizon?

People feel I can play only negative roles. When people saw Loners, they felt there is a vulnerable side to me as well. People with heavy voice have a soft side too. Audience expects me to play a baddy. I am hoping to see something nice soon. 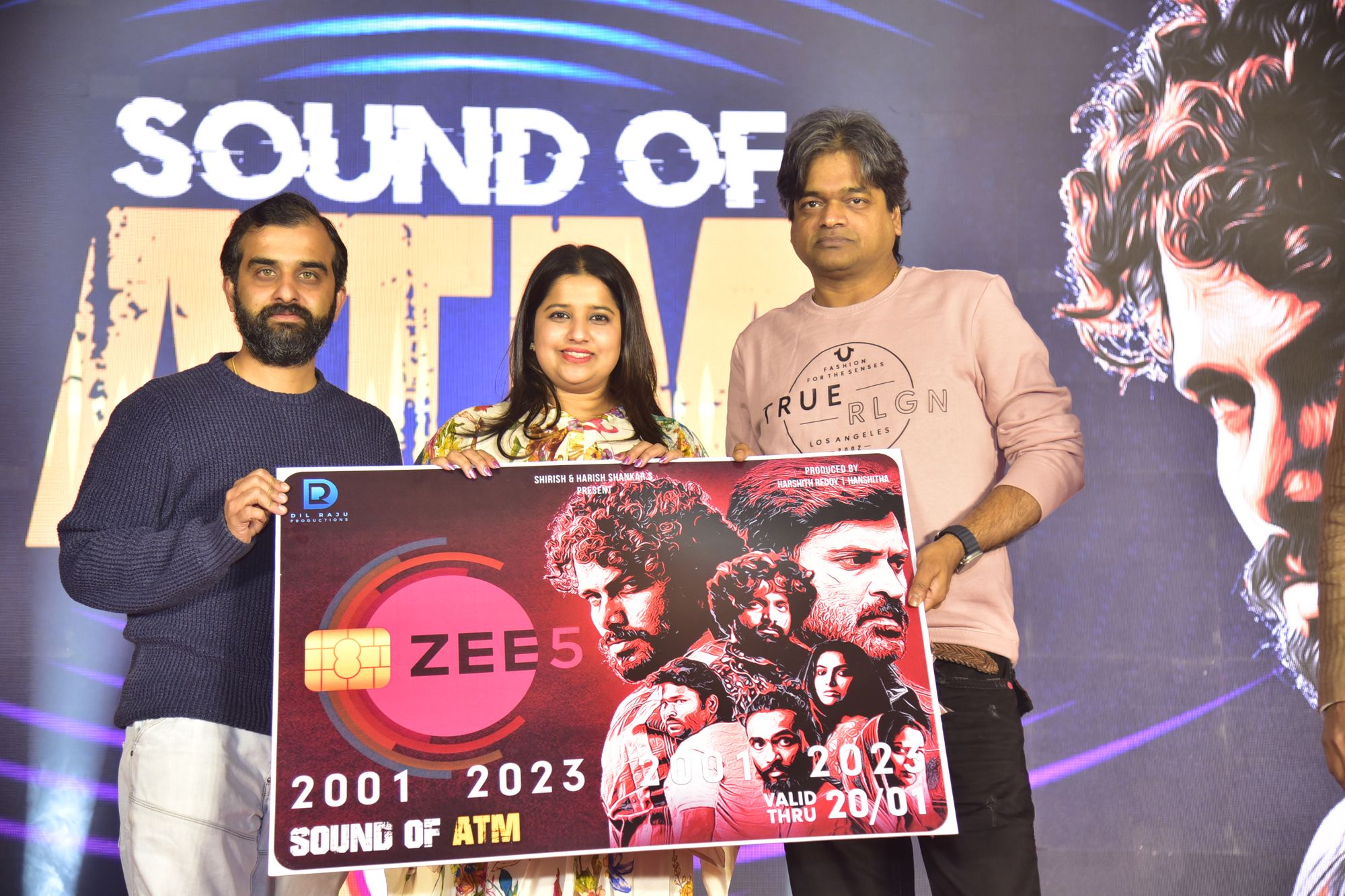 ZEE5 Original 'ATM' will entertain you while creating tension: Producer Dil Raju This Harish Shankar-written Original to stream from January 20!! 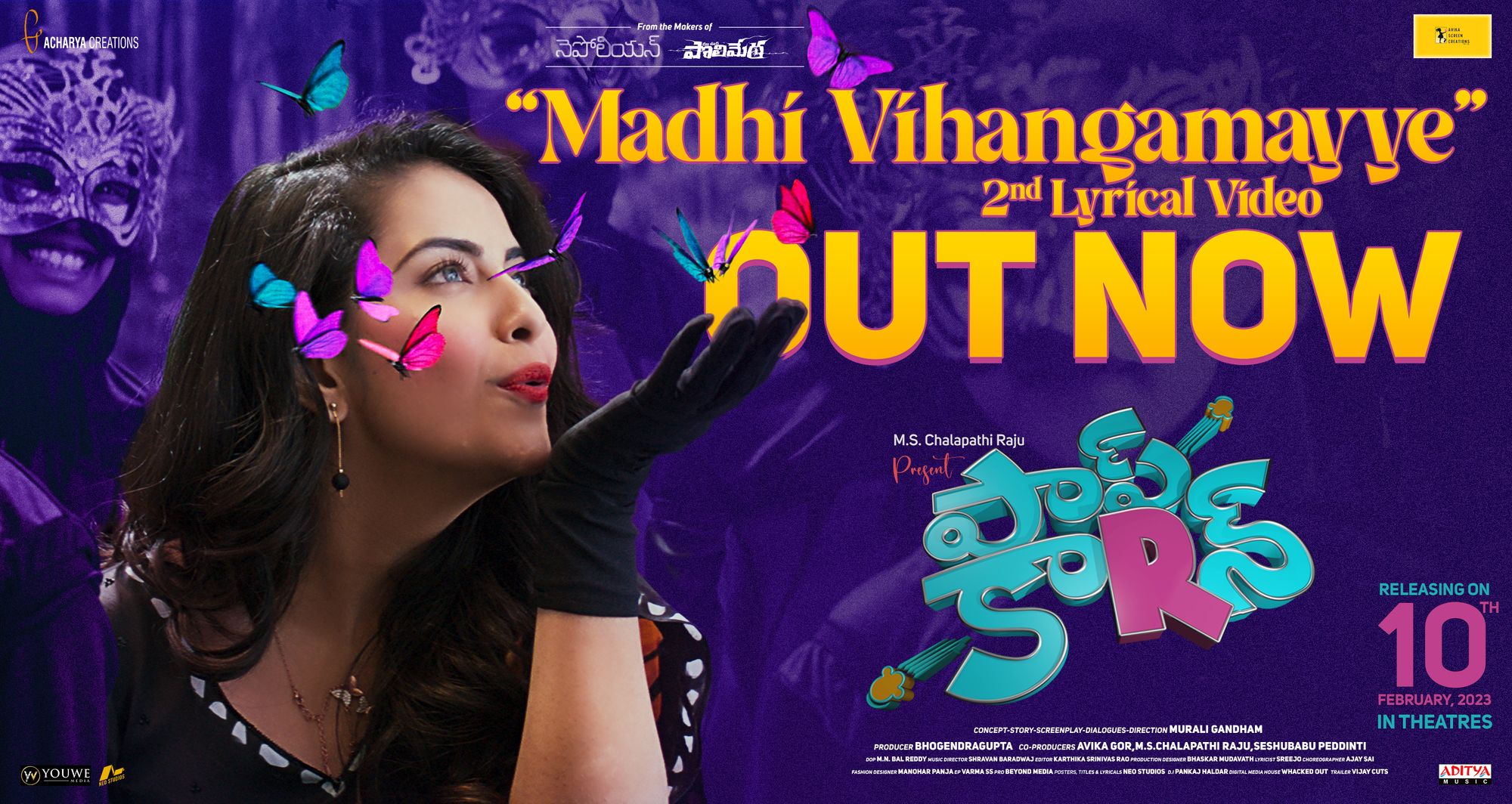 'Popcorn': 'Madhi Vihangamayye' song is a picture of joy Sai Ronak, Avika Gor's film to hit the screens on February 10!!