A new poster of the highly anticipated film Salaar directed by Prashanth Neel, Produced by Vijay Kiragandur under the Hombale Films banner featuring Prithviraj Sukumaran was released by the makers today. As actor Prithviraj turns a year older, the makers took today as an opportunity to wish their star member and to introduce a new character from the film Salaar. The magnitude of the character required an individual like Prithviraj who will be seen playing the character of Vardharaja Mannaar in the film. Him being the superstar from the Malayalam industry brings on an aura that can effectively influence the story of Salaar.

While the makers are now here with the first look of Prithviraj from the film, it has come as an absolute wonder to watch his magnanimous aura. While his character of Vardharaja will be equal to that of Prabhas in the film, it will bring a great drama between these two stars that will be the highlight for the audience to watch out for in the film.

While speaking about Prithviraj's character, director Prashanth Neel said "Having such a superstar like Prithviraj in the film is an absolute pleasure. We couldn't have had a better Vardharaja Mannaar. The way he played such an enormous character in the film justifies his magnificent presence with his brilliant performance. The drama is surly going to be insane having him in the movie. Being a superstar of the Malayalam industry he has a huge fan base who will be truly mesmerized to see him playing such a huge character on the screen. It was an amazing experience to direct two great actors like Prithviraj and Prabhas together in the film."

After the Box Office success of KGF Chapter 2, Prashanth Neel and Homebale’s next film Salaar has become one of the most awaited movies in the Indian film industry as it unites the filmmaker with the Baahubali star Prabhas. The excitement amongst the fans for Salaar has increased with each passing day, especially with two powerhouse artists coming together. Netizens are thrilled to watch Prabhas and Prashant Neel working together for this one.

While Salaar is big in itself, it becomes even more promising with Prashanth Neel, India's most sought-after director directing it. Post the success of the KGF franchise, Prashanth is certainly one of the biggest Pan India directors.

Salaar is one of the most anticipated films, starring Prabhas who enjoys pan India appeal. Paired with Shruti Haasan, the movie is being released pan India in 5 languages. The movie also has versatile actor Prithviraj Sukumaran, besides a superlative ensemble cast of Jagapathi Babu, Easwari Rao, Sriya Reddy and others in the key role. Salaar is a combination of India’s two biggest franchises Bahubali and KGF as this is for the first time the Hombale Films, producers of KGF, the director of KGF, the technicians of KGF, and the hero of Bahubali will be coming together to serve India yet another blockbuster in 2023.

The fans surely can’t miss the dynamic collaboration of Director, Producer and Technicians of KGF and the hero of Bahubali!

India’s highly anticipated PAN India venture Salaar starring Superstar Prabhas, and directed by Prashanth Neel, Produced by Vijay Kiragandur under the Hombale Films banner. is all set to be released on 28th Sept. 2023 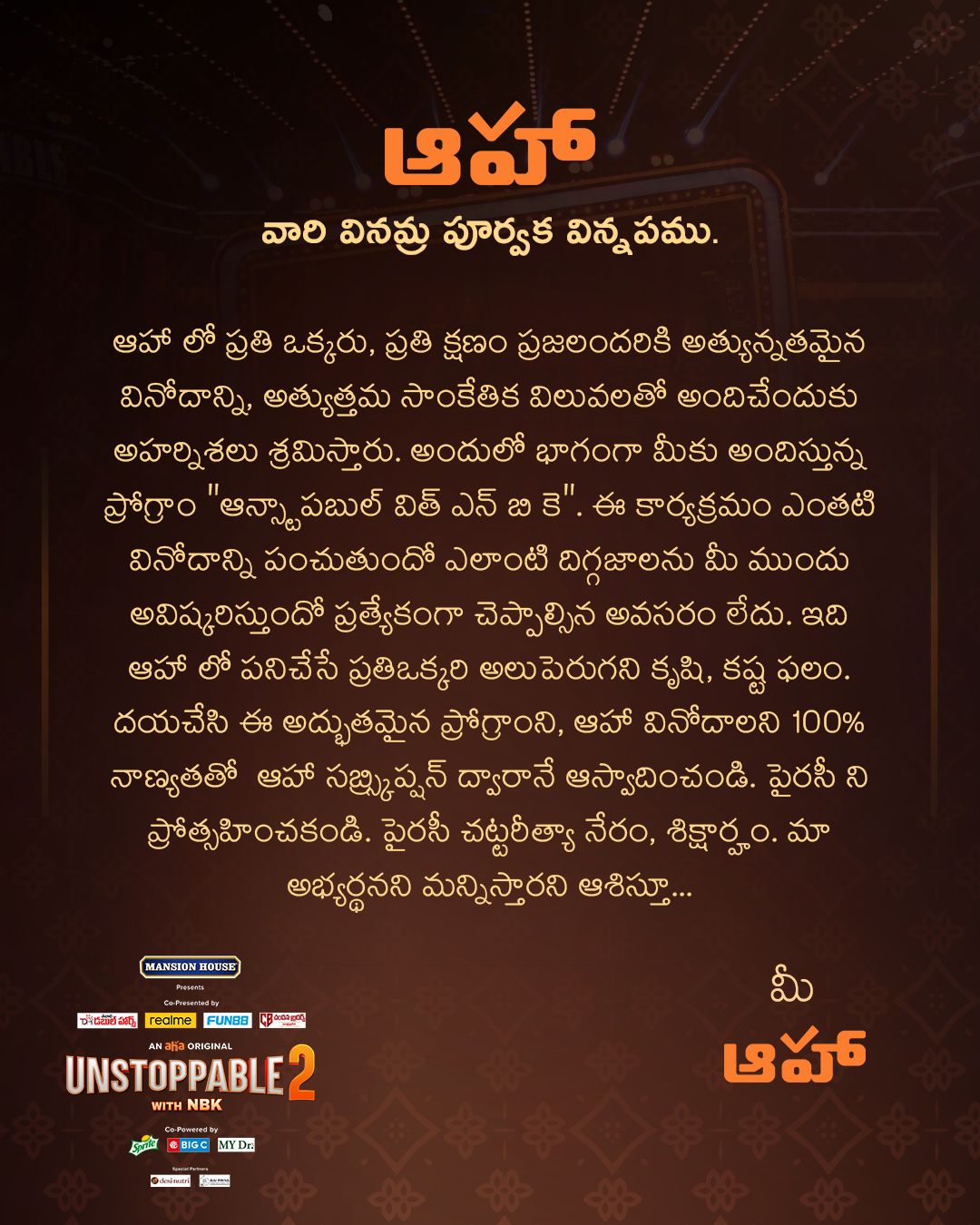 aha pursues criminal action against piracy of ‘Unstoppable with NBK 2’!!aha and NBK urges fans to Say No To Piracy - 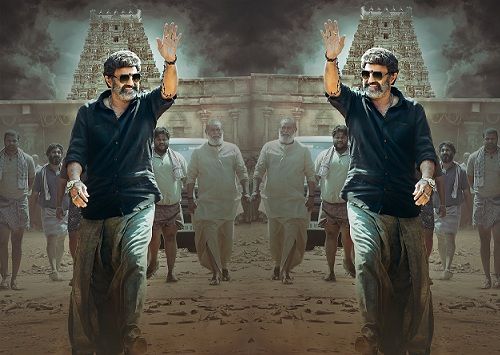