A tribute to Guru Dutt, Chup: Revenge of The Artist chronicles a story of a psychopath killer targeting film critics. The film is a fast-paced thriller that raises many questions on the ethics of criticism. Can an artist's fate be decided by the opinions of a few? And on the other hand, can art exist and evolve without being critiqued? Chup: Revenge of The Artist is a unique narrative supported by great performances and stimulating cinematography that will leave you at the edge of your seat.

With Amit Trivedi and Sneha Khanwalkar’s melodious tunes and SD Burman's songs in the backdrop, Chup: Revenge of the Artist depicts the cut-throat world of media. And now, with its World Digital Premiere on ZEE5, the film will be available to viewers across 190+ countries in 5 languages. That’s not all, the viewers can also watch the movie in the original language with subtitles in their preferred language.  .

Manish Kalra, Chief Business Officer, ZEE5 India said, "At ZEE5, we strive to enthral our viewers with something new; Chup: Revenge of the Artist has a gripping, entertaining and unique concept with a stellar cast.  We at ZEE5 plan to give Chup a significant reach and Movie lovers who didn’t get a chance to watch it in cinemas, can do so now at Zee5. Action thrillers have been performing well on the platform and we believe that Chup: Revenge of the Artist will be yet another movie that our subscribers will love. We are elated to partner with the makers for this psychological thriller.”

Dr. Jayantilal Gada, Chairman & MD of Pen Studios said, "R. Balki has a unique way of telling stories and we at PEN take pride in collaborating with talented creators. Chup: Revenge of the Artist is a very engage narrative that will leave the audience asking for more. We are very happy with our partnership with ZEE5 because it gives us the global reach for the movie. It will reach the audience in the language of their choice. We are looking forward to the response."

Sunny Deol said, "Essaying the character of IG Arvind Mathur was a terrific experience. It was more like solving a jigsaw puzzle. The movie will be available on ZEE5 in 5 different languages and without revealing much I urge the audience to watch the film. It will leave you wide eyed with the deception and suspense.”

Dulquer Salmaan said, “Stepping into the shoes of a twisted serial killer Danny has been the most experimental role till date. Identifying with someone who wreaks havoc across the city murdering critics, the mere thought is frightening. The narrative delves into every layer of a criminal's mind, challenging the viewers’ psyche and morality in the process. Chup: Revenge of the Artist is not your usual detective drama. The relentless and heart stopping thriller will amp up your expectations”

Shreya Dhanwanthary said, “Chup: Revenge of the Artist is love story. A love story of cinema. A love story of two people who find each other in a world of blood and gore. A love story with Guru Dutt. A love story of finding art in murder. The rousing turn of events, the twists and turns will keep you begging for the climax. Portraying the character of Playing Nila, who is an aspiring film critic was refreshing. She loves cinema as much as I, in real life, do. As actors, we are at the receiving end of the work of film critics but rarely get a chance to see the other side. I had a great time playing Nila on-screen.”

“Chup is an ode to the sensitive artist and Guru Dutt is right on top of that list. I have had the story for a long time and I am glad I finally wrote it. Guru Dutt’s finest work, Kaagaz Ke Phool, was heavily criticised, the film failed and  he didn’t make a film after that. While tearing art apart, few think about the sensitivity of the artist. Chup is a story that examines the insensitivity towards an artist’s work and also the flaw in the reaction of the artist towards such criticism. Its a film about the dangerous consequences of mistaking responsibility for power.”, Director R Balki concluded.

If you haven’t watched it yet this mysterious dark yet… Then watch ‘Chup: Revenge of the artist’ NOW only on ZEE5! 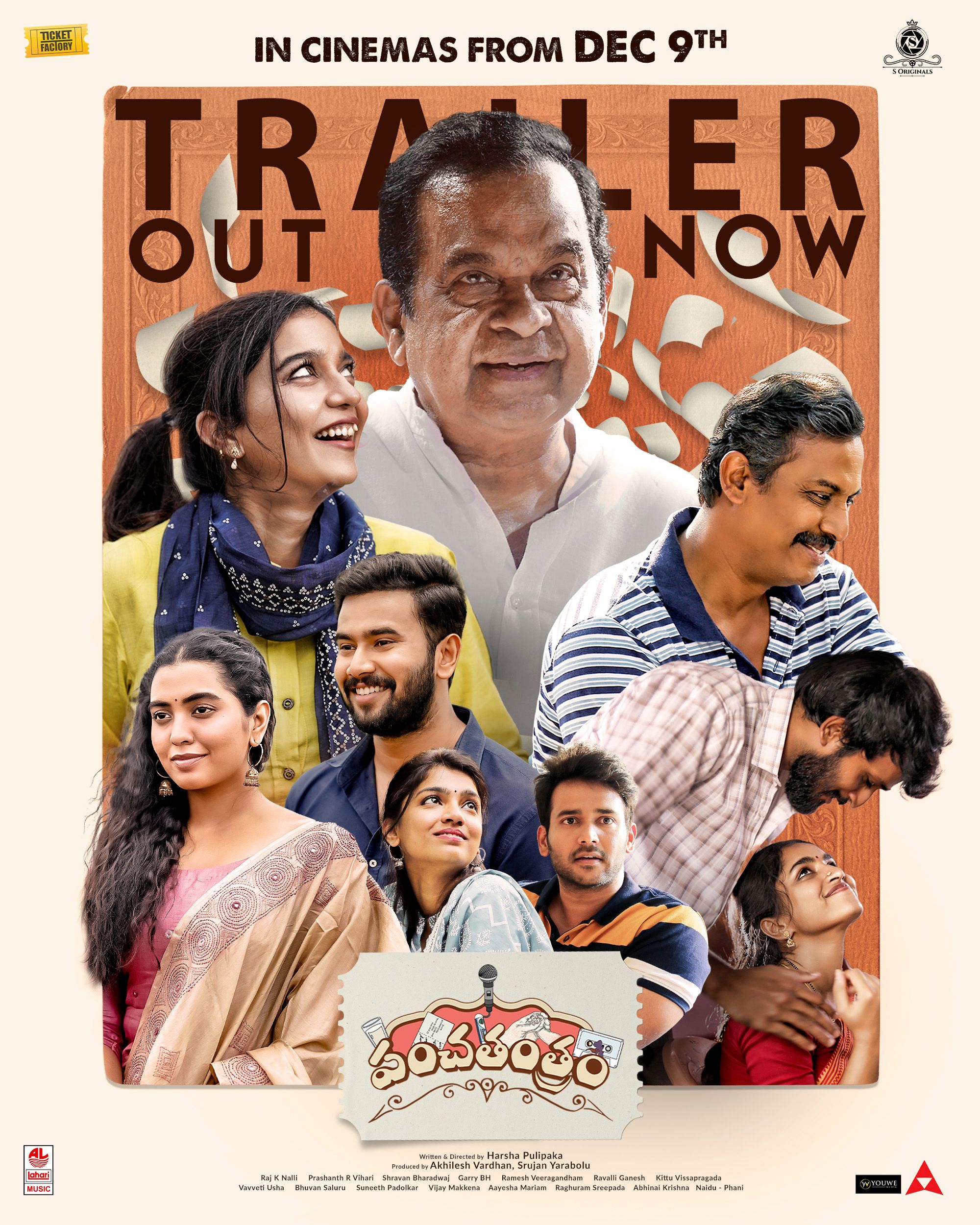 'Panchathantram' Trailer hints at an enchanting tale of love and life Release date of the movie is December 9!!