The shoot of the Nandamuri Balakrishna starrer's upcoming action-drama Akhanda has been wrapped up.  And the makers are planning to start the promotional activities very soon.  Balakrishna is playing the dual role in which one of the characters will be playing the role of Aghora.

The sources say that Akhanda will be more powerful than Simha and Legend.  It also has Pragya Jaiswal, Poorna, Srikanth, and Jagapathi Babu in the crucial roles. The makers of Akhanda have locked 8th October as the film’s release date. The official announcement regarding its release date is awaited.

Action entertainer Akhanda is being bankrolled by Dwaraka Entertainments, written and directed by Boyapati Srinu whereas the music is scored by Thaman. The cinematography is handled by C Ram Prasad and Kotagiri Venkateshwara Rao is the editor of the film. The first lyrical video song of Akhanda is expected to come out very soon. The film Akhanda marks the third collaboration between Boyapati Srinu and actor Balayya after the 2010 movie Simha, followed by Legend that released in 2014. 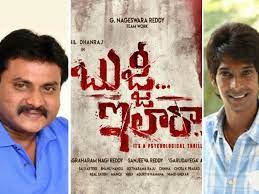 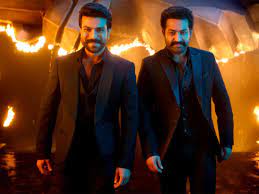 Another Surprise From RRR!!