Star director Hari Shankar has evolved a unique style on the feature film front in the past many years. He has now been making creative attempts to encourage new, untapped talents. As part of the endeavour, he joined hands with the streaming giant ZEE5. And star Tollywood producer Dil Raju has joined him in this! The duo has made a web series titled 'ATM' for ZEE5 with Bigg Boss Telugu fame VJ Sunny in the lead. Krishna, Raviraj, Roiel Shree and Divi are also playing lead roles in it. The show has been directed by Chandra Mohan. Its pre-release event was held today.

Speaking on the occasion, Chandra Mohan thanked Harish Shankar for entrusting the responsibility of directing the show to him. He added that it's the dream of everyone to work under producer Dil Raju. "I feel fortunate to have got to wield the megaphone for 'ATM'. I got to work with a talented team. 'ATM' has got mass vibes. You can feel it through the RR. The characters played by Subburaju and Shafi are going to be engrossing. I thank the ZEE5 team. Harish Shankar garu stood by me throughout and his support kept me going," Chandra Mohan added.

Producer Hanshitha said that Harish Shankar is like a family member. "It is from his thoughts that 'ATM' took birth. And the director did a great job at execution. The actors have portrayed their best. Subburaju garu and Sunny have done a great job. We have launched Dil Raju Productions to make content that today's generation wants," she added.

Producer Harshit Reddy said that 'ATM' happened only because of Harish Shankar. He also said that he has known Subburaju for many years. "I thank him for acting in 'ATM'. All four lead men have done so nicely. I thank everyone who has been a part of the series," he added.

Harish Shankar, ATM's showrunner, said that the story was written before the pandemic and that it was further developed during the lockdown. He added that the OTT route was chosen because it offers creative liberty. "All credit for this show goes to director Chandra Mohan, who bagged the rare opportunity to make a film under Dil Raju Production and SVC. I thank Team ZEE5 for cooperating with us on budget issues. I welcome Hanshitha and Harshit. They must bring out more and more content. Subburaju supported us on the fee front. Incidentally, he acted in my first feature film 'Shock' and also in my OTT debut. Divi, Shafi, Ashwin and others have acted so well. ZEE5 willingly broke rules for us. Prashanth R Vihari's music and RR are so good. The second season of 'ATM' is going to be set in the backdrop of Dubai. Sunny, Krishna, Raviraj, Roiel Shree are like four pillars of 'ATM'. Sunny has the potential to become a mass hero. 'ATM' will start streaming on January 20," he added.

SaiTeja Desharaj, Vice President of Content Zee5 (Telugu), said, "'ATM' is surely going to be a game-changer in the Telugu OTT space. It was in 2003 that Dil Raju garu made a debut as a film producer with 'Dil'. Twenty years later, he is debuting on OTT with 'ATM'. This January 20, you will know that 'ATM' is going to be as big a hit as 'Dil'." Desharaj added that Harish Shankar's story, Chandra Mohan's direction, and the performances of the important cast members are going to be major highlights. "Starting this year, ZEE5 is going to bring out strong content for every major festival. We are making a start with 'ATM'. Every month, we are going to come out with interesting content and web series. Please watch ZEE5 content by subscribing to our OTT," he added.

VJ Sunny said that he had a dream of meeting Harish Shankar just once and getting a photograph clicked with him. He is elated that he has now acted in a lead role in a story written by the director. "This is a life-time memory and character. It's a huge opportunity for us," Sunny said, also lauding his co-stars. He thanked the producers, director and ZEE5 on the occasion.

Prashanth R Vihari said, "Everyone likes to compose music for good content like this. I thank the makers for the opportunity."

Divi said that she started out her acting endeavour by playing a small role in 'Maharshi'. "Acting in 'ATM' makes me proud," she said, thanking the producers and director.

Subbaraju said, "Four very talented actors are getting introduced through 'ATM'. Chandra Mohan's narration left me to believe that he is a soft person. Working under him made me realize his style. When Harish Shankar offered me the role, I assumed that my character would be a regular one. But once I was on set, I tasted the director's treatment. I am very excited. Harshit and Hanshitha were kids when 'Arya' was made. I am very happy that they have now turned into producers." 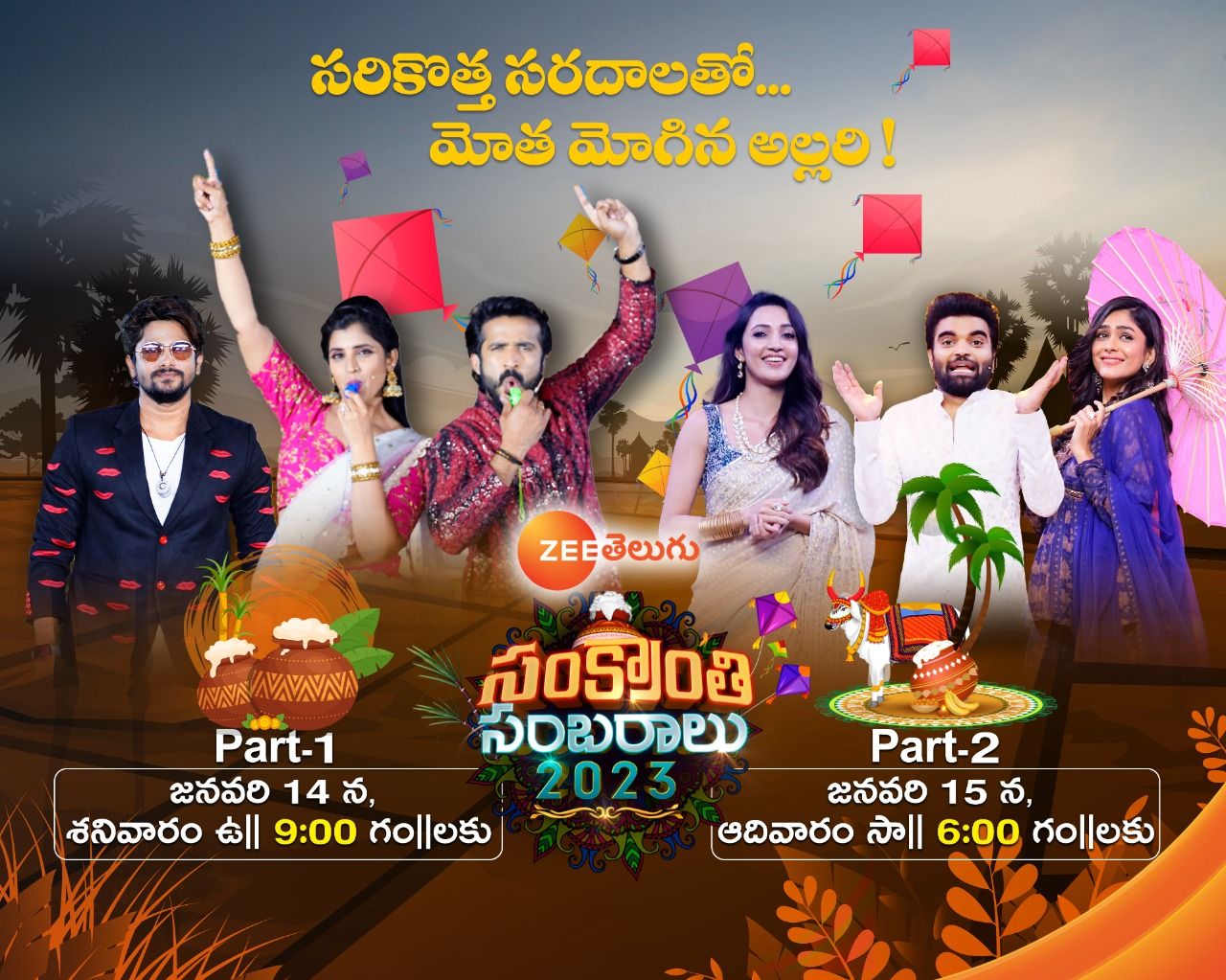 Get ready to be wholly entertained this festive season on Zee Telugu!!! 14th & 15th January, with Sankranthi Sambaralu ft. Mrunal Thakur along with Zee Telugu Family!!