While the teaser is already going out phenomenally on YouTube, the
special 3D premiere excited telugu media in AMB special screening
today.

Speaking on the occasion, Prabhas said, " I felt excited like a Kid
when I watched Adipurush Teaser first time in 3D. We're planning to
screen it in 60+ theatres in AP & TS for fans and audiences. It's a
theatrical experience film. We need all your love, support and
blessings to take it big. Next 10 days will be a surprise with
exciting content from us."

Director Om Raut says, " I hope you all liked the teaser in 3D. We
promise a mind blowing theatrical experience with our work. I thank
Dil Raju garu for being part of the event"

Producer Dil Raju says, " I've excitedly waited for Adipurush teaser
like a fan and immensely l liked it. While I thought of conveying the
same to the movie team my team said there's a negative publicity going
around it. Such a buzz is very inevitable around a grand film like
this. Even Bahubali experienced it. However, it's the content that
proves everyone wrong and takes the movie to places. I became a fan of
Om Raut's work after watching Tanhaji. Prabhas is a huge star. I wish
the entire team all the success on Jan 12th"

Producer Bhushan Kumar says, I'm elated with your response to our 3D
teaser. It's a theatrical film. Prabhas and Om Raut worked very hard
for this film and we all need your blessings for the release."

Producer Rajesh Nair says, " Jai Sri Ram! that's all I got to say. Om
has made this film for big screen. Prabhas Sir Bhushan Sir and all of
us have come to you with our devotion in this film. We're glad that
you all experienced the magic on big screen."

Leaving no stone unturned for this magnum opus epic film, world-class
technology and technicians are roped to make audience experience it in
3D.

However, the exciting 3D teaser experience is also planned for the
fans and audiences tomorrow in 60-70 theatres across AP & TS.

Kriti Sanon is playing Sita, Saif Ali Khan playing the Ravan and Sunny
Singh roped in to play Lakshman in this much awaited epic film
releasing worldwide on January 12th. 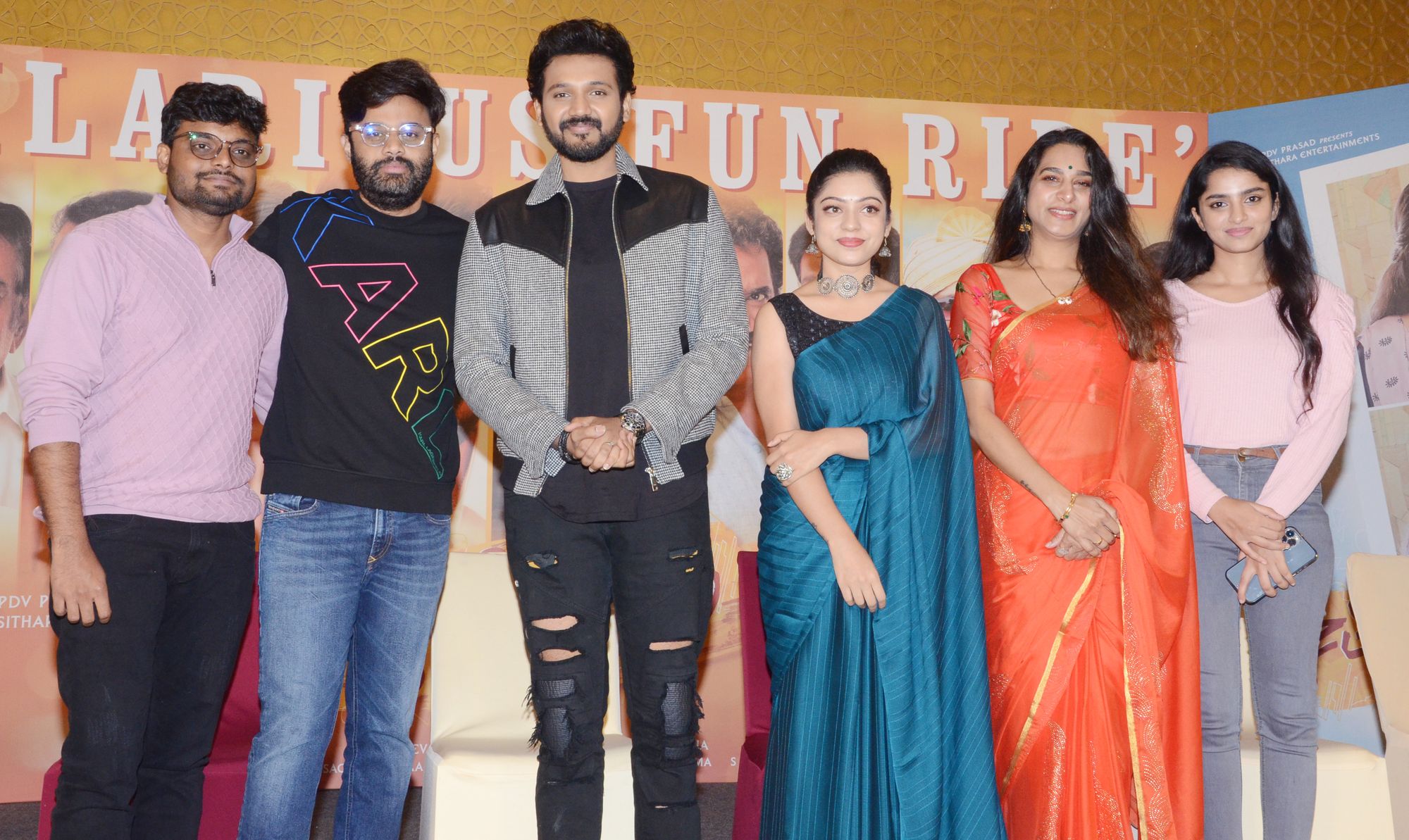 All that we have is gratitude for the overwhelming response to Swathimuthyam, the film team says at its success meet!!