The name of Thala Ajith Kumar, gets fans go crazy in Tamil Nadu. His craze and style entertain the audience there immensely. Even if the film's a flop, the presence of Ajith Kumar is enough for the audience to throng the theaters and shower love. The release of Ajith's film is nothing short of a festival in Tamil Nadu. Ajit Kumar has a good reputation not only as a hero but also as a racer.

Ajith Kumar was born on May 1, 1971 in Secunderabad, Telangana. His father was P. Subramaniam and mother was Mohini. Ajith has two younger siblings, Anil Kumar and Anoop Kumar. Ajith was in 10th when he decided to quit studies. Despited quitting studies mid-way, Ajith can speek Telugu, Tamil, Kannada, Malayalam and English very fluently. Ajith, who initially worked as a mechanic in an Enfield company, later worked for a garments company at the behest of his father. At the same time, Ajith also ventured into modeling.

Life as an actor

Ajith first appeared in the film "Yen Veedu Yen Conver' in the role of a school going child. Makers decided to select Ajith for the role upon the suggestion of late singer SP Balasubramanium. After that, Ajith acted in the movie Prema Pusthakam in Telugu but the movie stopped in the middle with the sudden death of the director.

His most recognizable film was the 1995 Tamil film Aasai, written and directed by Vasantha. The film was produced by renowned director Mani Ratnam. The film stars Ajith Kumar along with Prakash Raj and Rohini in the lead roles. The songs in the film, which was composed by Deva, were well received at the time. The film was a box office success.

With his next film 'Kaadhal Kottai' Ajith's career touched new highs and he did not have to look back as a hero. Directed by Agathiyan in 1996, the film stars Ajith Kumar and Devyani in the lead roles. It had rained huge collections since the release of the film. The film also bagged the National Award for Best Film, Best Director, Best and Best Screenplay. The film marked a milestone in Ajith Kumar's career.

After a series of hits, Ajith started getting some flops. However, the 1998 film 'Kaadhal Mannan' brought him out of those flops. Directed by Sharan, the film was a super hit. At that time, there were no distributors to buy the film during the Strikes in the Tamil industry. However, in the end, the movie team worked hard and released the movie with 108 prints. Despite all the hiccups, the movie remained a super hit and played for 100 days. The film's music was composed by M.S. Viswanathan, who also played a supporting role in it.

The Telugu super hit film 'Pelli' which starred Vadde Naveen, was remade in Tamil with Ajith playing the led role. The film was titled Avalvaruwala. The film was also a great success in Tamil. The original was made based on the 1991 film 'Sleeping with the Enemy'.

Ajith, who was having back to back hits in a row, struck gold with the film Vaali. The film went on to become one of the biggest hits in his career. Vaali also market the directorial debut of S.J Surya. Though it was his first film, S.J Surya was completely successful in showing Ajith in a new angle. Produced by S.S. Chakraborty, the film has Ajith Kumar playing a duel role as the hero and the villain. His character in this film got a lot of fame. The film proved that Ajith could do any role. The songs in the film, starring Simran and Jyotika in the lead roles, were super hits at the time. The film set a record of 270 days in Tamil Nadu at that time. SJ Surya used to go to the sets in an auto for the shooting of this movie ... but Ajith who saw this bought a car for SJ Surya after this movie became a super hit. The film was a huge plus for Ajith's career and it also helped Simran's career.

There was a time when Ajith used to do back-to-back films. He soon completed his 25th film 'Amaryam' which went on to become a super hit. The 1999 film was written and directed by Sharan. This movie is very special to Ajith. Because during the shooting of this movie he met his wife Shalini. Their friendship, which started during the shooting of the film, turned into love. The film was also a blockbuster hit with good positive reviews since its release. The movie was remade in Telugu under the name Leela Mahal Center. Also that year Ajith gave 6 hits in a row. His success continued into the following year.

In the year 2001, Ajith's film 'Dheena' brought him a lot of name as an action hero. After this movie, his fans started calling him "Thala". AR Murugadoss, who is currently the top director, was introduced as the director with this movie. The music for this movie was provided by Yuvan Shankar Raja, and the songs were also super hit. He also got a break in the industry with this film. Dheena is a movie that makes Ajith Kumar a mass hero. The film was remade in Bengali as 'Deva Ga Kannadalodhoom'. Even there, the film became a super hit.

His next film 'Citizen' was a milestone in Ajith's acting career. He was shown in many new avatars in this movie. The movie was also dubbed into Telugu under the same name. The film also played well in Telugu. In the same year, Ajith co-starred with Shahrukh Khan in the Bollywood film Ashoka, directed by Santosh Sivan. However, the movie did not play great.

In 2002, Ajith acted in three films, two of which were flops. The third film 'Villain' has him playing a dual role. The film was completed in 39 days and was released for Diwali. The film went on to become a super hit from the first day. The film was also remade in Telugu, with the same name, by actor Rajashekhar. However, the Telugu version did not play well as the Tamil version.

By the time Ajith was getting star status as a hero, he was also getting a series of flops. However, Ajith's 'Attahasam' put a check to the series of flops. This was the third film in the combination of Ajith and director Sharan Combination, and it turned out to be a hat-trick hit. Despite the average reviews on the day of its release, the film proved to be a hit, grossing nearly Rs 25 crore.

Although his next films Gi, Paramasivan, and Tirupati were not so well received, the 2006 film Varalaru brought out his acting talent once again. Directed by KS Ravikumar, the film stars Ajith in three roles. AR Rahman composed the music for the film. The shooting of the film went on for almost two years due to some financial problems in the middle of the shooting. The makers first decided on naming the film as "God Father'. However, it was named as Varalaru because the Tamil Nadu government brought a new rule that the tax would be wavered off if the film's title was in Tamil. The movie was released for Diwali and became the biggest hit of the year.

In 2007, Ajith teamed up with director Vishnu Vardhan to remake the 1980 film Billa. Shriya Sharan was first thought of for the role played by Nayantara in this film. But she was unable to make the film as she was busy shooting Rajinikanth's Shivaji film by then. The music for the film was composed by Yuvan Shankar Raja. The songs released were all super hits. Released in 250 screens in 2007, Billa grossed over Rs 3 crore in its first three days. The release of this movie then sold almost a crore tickets. The film has collected more than any other Malayalam film in Kerala.

In the 2011 film Mankatha, Ajith entertained everyone with his negative shade. Mankatha, Ajith's 50th film, has been released in 1000 theaters. The film went on to become the biggest grossing film of Ajith's career, making it the 4th highest-grossing film in the history of Tamil cinema. The film was released in Telugu under the title Gambler and played well in Telugu as well.

Ajith's Arambam and Veeram became super hits one after another. Also, his film Ennai Arindal directed by Gautam Menon became a super hit. Arun Vijay, who played a negative role in this, got a good break.

After this, Ajith Kumar worked with director Shiva for a row of films. Vedalam, Vishwasam and Vedasam films that came in their combination became super hits.

The super hit Hindi movie Pink has been remade in Tamil under the name 'Nerakondaparvai'. Ajith played the role of Amitabh Bachchan in the Tamil version. The film was made with some changes to the Hindi Pink film. The film was a box office success.

The reign of racing

Ajith loves racing. He also raced in places like Mumbai and Delhi. He competed in the 2003 Asian Formula BMW Championship. Ajith reached the final round of the 2010 FIA Formula 2 Championship but was unable to finish the race due to mechanical problems. Due to this racing, his movie with Gautam Menan was postponed for 6 months.

Everybody in the South knows about the great love story between Ajith Kumar and Shalini, who started shooting for the film Amarkalam, fell in love and got married in April 2000. After the wedding Shalini slowly reduced taking up new movies. Their daughter Anushka was born in 2008. Their son Advik was born on March 2, 2015.

Ajith Kumar won the Filmfare Best Actor Award for his performance in Vaali and Villain.

Ajith received the Dadasaheb Award for Most Versatile Actor for the film Nerakondaparavai. 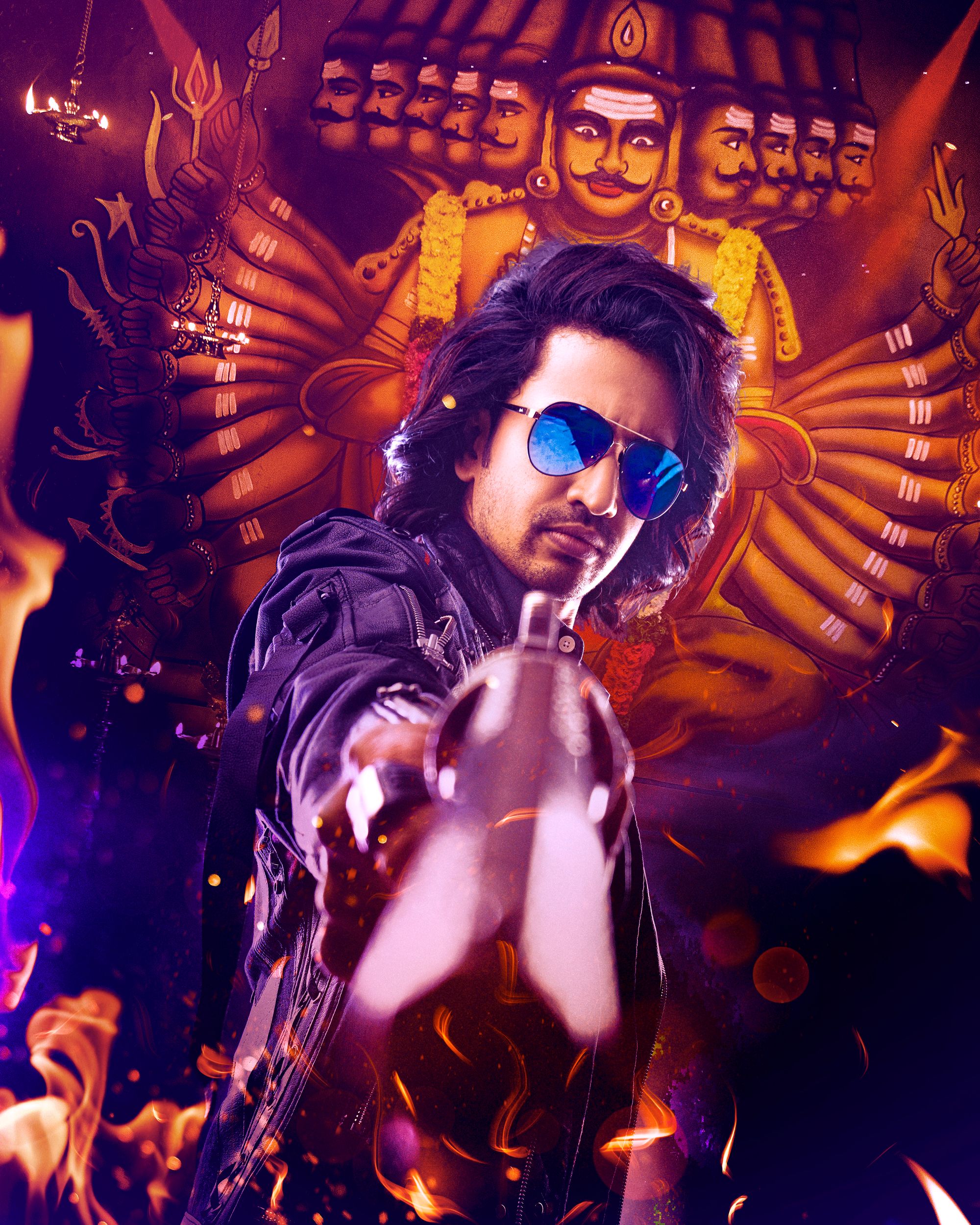 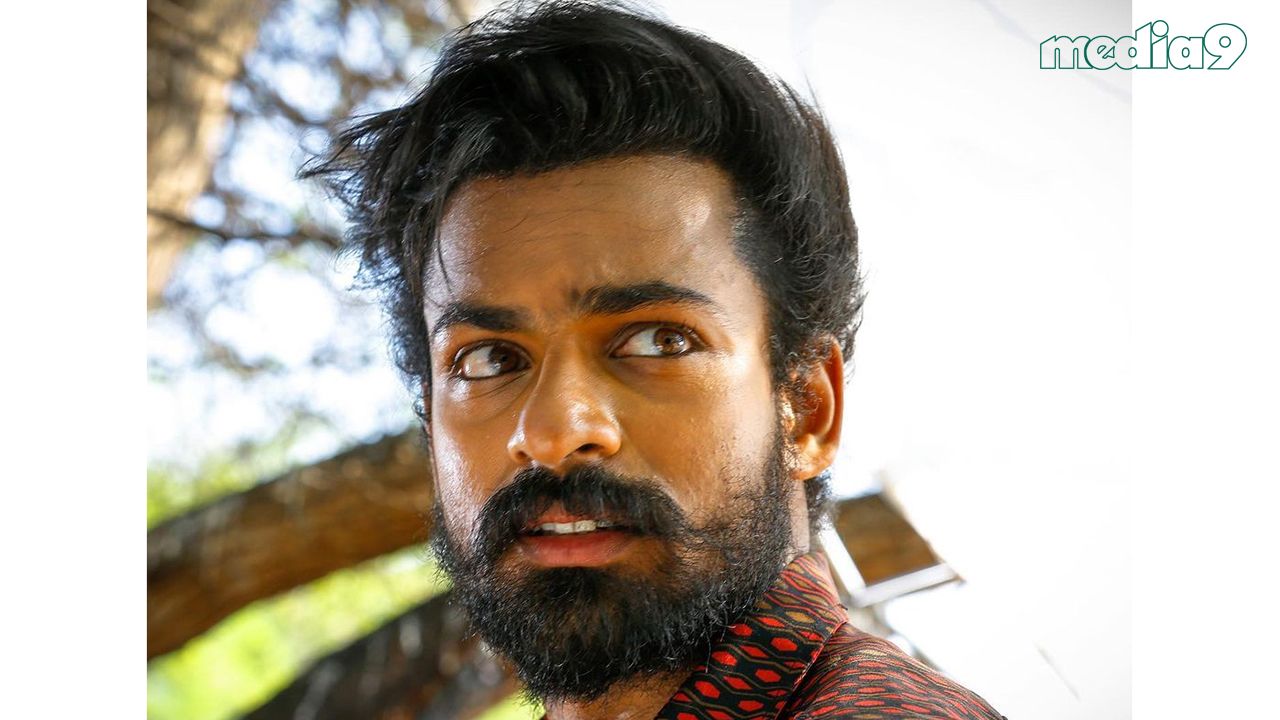