The film's pre-release event was held in Hyderabad on Wednesday. Powerful Director Harish Shankar graced the occasion as the chief guest.

Director Harish Shankar said that he has had a nice association with Ticket Factory, especially with Akhilesh and Bhuvan. "Bhuvan used to look after my social media and PR many years ago. It's good that he has become an Executive Producer. As a filmmaker, I prefer to work with Telugu-speaking actors. I am someone who changes the lines from one take to the next. If a non-Telugu actress wants time for preparation, it puts me off. Coming to 'Panchathantram', it is a content-rich film. I won't agree if you call it a small film. Director Harsha has done a great job. It takes years for me to write a story. But he has written five stories for this one film. The title is quite evocative. The teaser and trailer are superb. Kittu Vissapragada's lyrics and Prashanth R Vihari's music are top-notch. Colours Swathi has always been my crush. Shivathmika is working hard and is not relying on her parents. Shivani, too, is hard-working. Both sisters are so down to earth. 'Panchathantram' has been made without compromising on quality. This movie belongs to everyone. It's getting released on December 9. Only when films like this one are encouraged will directors and producers feel motivated," he said.

Jeevitha Rajasekhar said, "We have known producer Akhilesh since the days of 'PSV Garuda Vega'. When Shivani and Shivathmika told us they want to step into movies, I and my husband were tensed. It's because a career in cinema and success can't be bought with money. They are all about destiny. We assured our daughters of full support but cautioned them that success in cinema is not guaranteed. 'Panchathantram' is a very slice-of-life movie that mirrors reality. In times of adversity, the door to happiness is always open. The director has written a deep film at a young age. Today's youngsters are finding it hard to understand life and human relations. This is a content-rich film that will surely find takers. I wish the team all the best."

Swathi Reddy said that a film like 'Panchathantram' needs to be encouraged by one and all. "It was an emotional and enjoyable journey while doing it. It has been a memorable journey. I hope the audience, too, are going to find it memorable," she added.
Shivathmika began her speech by thanking her mother and Harish Shankar, adding that she has done the film for producer Akhilesh. "Playing Lekha, a beautiful character, was great. The entire team of this film are my friends. I want success for everyone. Director Harsha must reach great heights. If I am looking so beautiful in the film, it's because of cinematographer Raj. It was a pleasure working with Prashanth, Shravan, Garry and others. A film with Brahmanandam garu, Samuthirakani garu and Swathi garu so early in my career feels like a blessing. This project has given me friendships for a lifetime. I have got friends in Divya and Vidya. They are so talented. Every one of us should win.  I am an emotional wreck at this point. I promise you are going to love our movie."

Producer Akhilesh Vardhan thanked Harish Shankar and Jeevitha Rajasekhar, adding that he worked on the marketing of 'Gaddalakonda Ganesh'. He profusely thanked his cast and crew.

Executive Producer Bhuvan said thanked producer Akhilesh for roping him in. He added that he is waiting for Harish Shankar's film with Pawan Kalyan. He thanked Baba Basireddy for standing by him. He thanked everyone associated with the project, including the support staff and catering department.

Creative Producer Usha said that the journey of the film began in 2020. "Thanks to the support of everyone, we have successfully made this film. We are expecting the support of the audience," she added.

Cinematographer Raj K Nelli said, "I got onto this project thanks to Usha. The depth in the film might make you feel that the director is in his 40s. We had a lot of arguments while making the film. At the end of the day, we are happy with how it has shaped up. I thank the makers for this opportunity."

Music director Prashanth R Vihari said, "I thank Harish Shankar garu for gracing this event. I am working under his supervision on 'ATM'. Coming to 'Panchathantram', its director is quite talented. It has been great working with Shravan Bharadwaj and lyricist Kittu. The cinematography is another highlight. Anthologies are a rare feat. It's good that it's heading to the theatres and not just OTT." 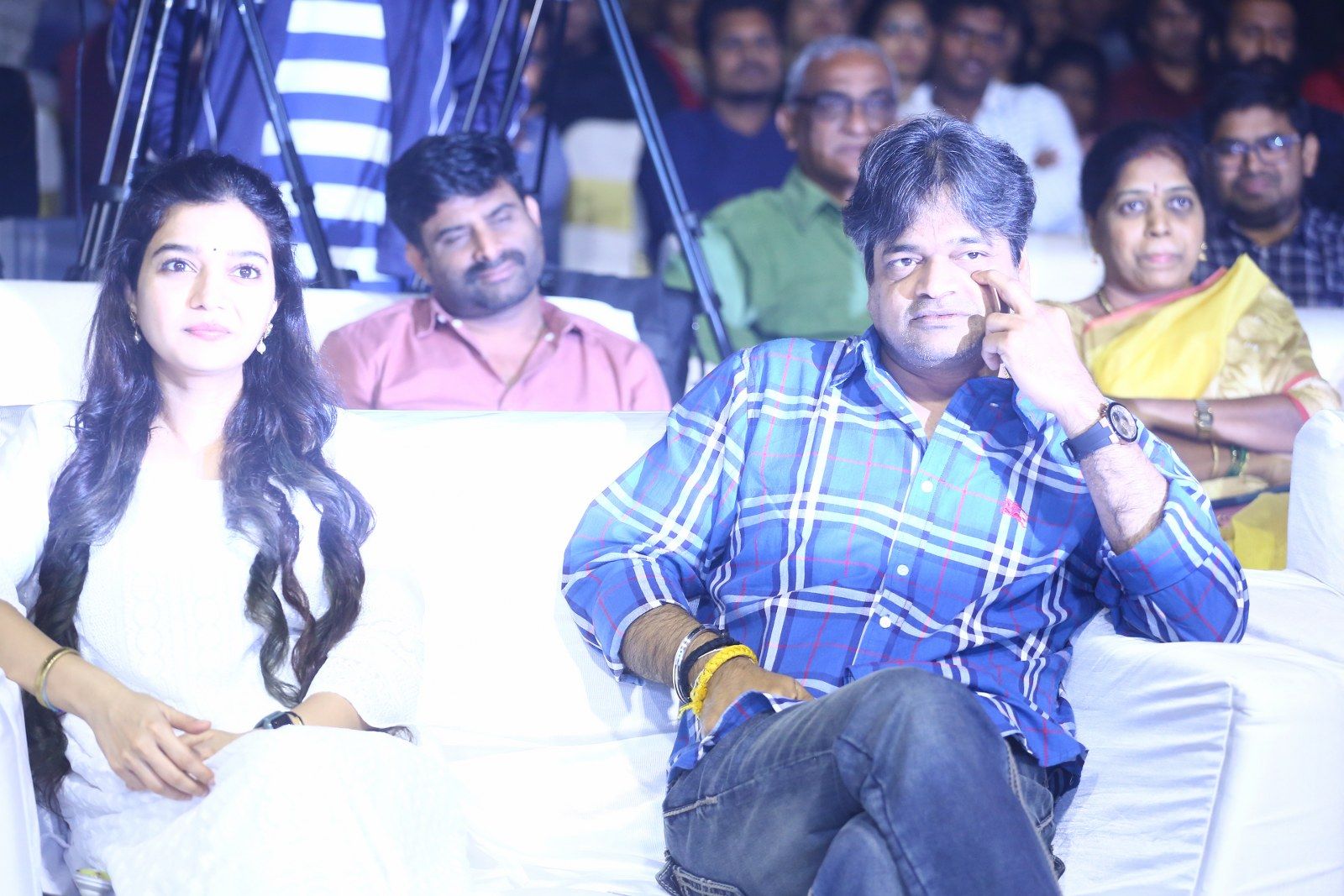